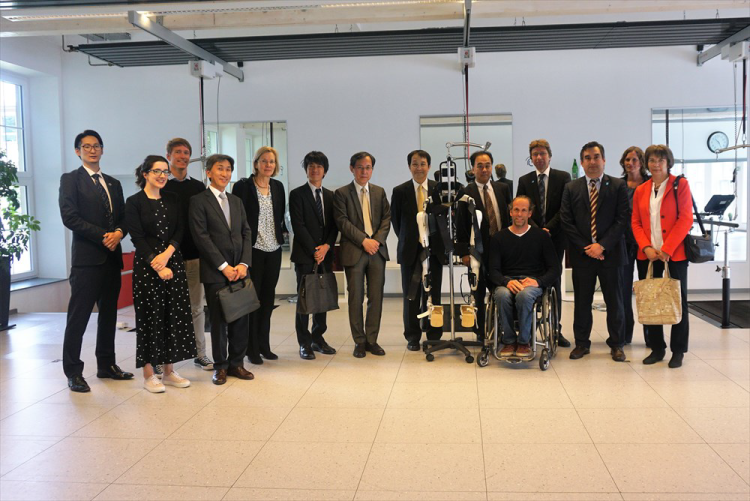 On June 6, 2017, President Kyosuke Nagata visited Cyberdyne Care Robotics, Inc. in Bochum City, Germany.The company is a subsidiary of Cyberdyne Co., Ltd., a venture company headed by Professor Yoshiyuki Sankai of the University of Tsukuba. Prof. Sankai is the Director of Cybernics Research Center, the company in charge of systems information, as well as promotion of the development of the medical robot suit “HAL” in Europe.

Apart from the University of Tsukuba, officials of Bochum City, Bochum University, Bochum Economic Promotion Association, as well as the Consul-General of Japan in Düsseldorf, participated in a meeting with the attending physician explaining about rehabilitation using HAL and watched a rehabilitation demonstration. More discussions were held among the participants on the future activities of the company in Europe as well as academic exchanges between Japanese and Germans. 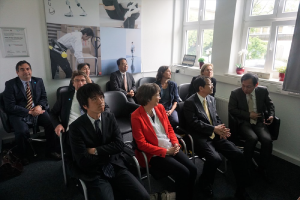 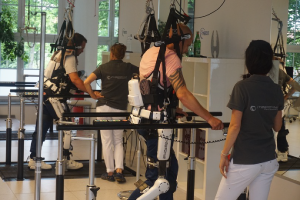 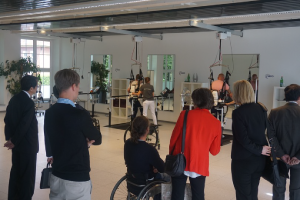