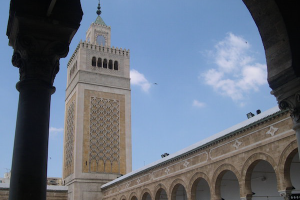 What is now known as the University of Tsukuba Tunis Office was first established in May 2006 in Tunis, Tunisia as the North African and Mediterranean Centre for Research and Education or CANMRE (based on its French name).

The Office aims to promote academic exchanges and research collaborations between Japan and North African countries and to serve as a Center of Excellence for research and education. When the University of Tsukuba was selected as one of the 13 core universities for internationalization in 2009 for the Global 30 Project sponsored by the Japanese Ministry of Education, Culture, Sports, Science, and Technology (MEXT), the Tunis Office of the University of Tsukuba became the regional center offering shared office services to all Japanese universities catering to the whole region of North Africa and the Mediterranean.

Activities include the following: