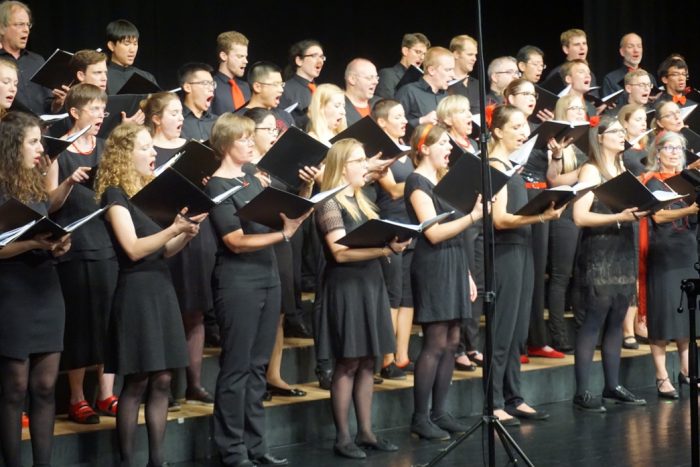 On September 25, 2017, in commemoration of the partnership between the Universities of Tsukuba and Düsseldorf which started in 2016, a choral performance by the latter’s UNICHOR was held in Tsukuba City’s Capio Hall as part of UNICHOR’S Asian tour. The concert was also held as part of University of Tsukuba’s “Tsukuba Global Science Week”.

Professor Keiichi Aizawa of the Faculty of Humanities and Social Sciences and Director of the Bonn Office of the University of Tsukuba served as master of ceremonies and interpreter, as Vice President Andrea von Hülsen-Esch of University of Düsseldorf and UNICHOR conductor Ms. Silke Löhr gave their remarks. The chorus of amazing voices presented by students, faculty, and staff comprising UNICHOR attracted an audience of over 170 people.

Prior to the performance, Vice President von Hülsen Esch made a courtesy visit to Caroline Benton, Vice President for Global Affairs of the University of Tsukuba. They discussed how to further expand exchanges between the two universities. 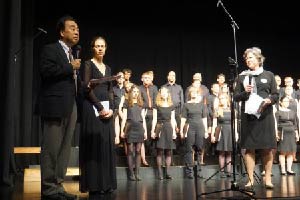 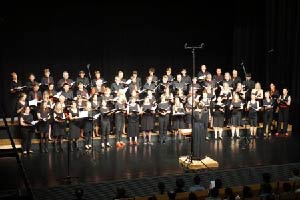 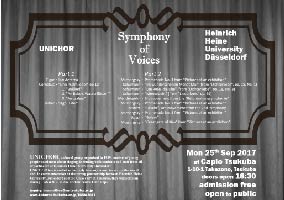